You may recognize Tyrone Edwards from a multitude of shows. The multifaceted TV host, blogger, and father has become a staple in the Canadian entertainment scene with his unique energy and pop-culture knowledge. Off-screen, he is a pillar in his community, a passionate mentor and coach, and inspires future generations to carry on the 1LoveTO movement. Get to know Tyrone as he discusses his career, his love for Toronto, and his motto.

Can you describe your role over at Much and E!?My role as a host of Much and E! gives me this amazing opportunity to explore the music and entertainment world, and to talk to the people making waves in those industries. Whether it’s interviewing an actor or musician, or it’s covering an event, it’s a chance to share my passions and experiences, and hopefully inspire my audience in the process.

So, you’ve been with Much for quite some time, how did it all come to be?My initial role in the music and arts scene in Toronto was through my blog 1LoveTO.com, which I started in 2007. So, I was doing interviews, writing reviews, and throwing events already, right around the same time Much was looking to revive this show, Rap City. As my blog began to gain more attention and notoriety, Much found me and were drawn to what I was doing with 1LoveTO, and they gave me the chance to host the show.

How has your role in the company expanded?I was initially brought on just for Rap City, and since then my role has expanded in a lot of different directions. I’ve worked on so many different shows over the years – New Music Live, Movie Night, Electric Circus, and TIFF Red Carpet specials with ETALK, just to name a few. I’ve also hosted four iHeartRadio MMVA Red Carpet Specials, and just hosted my third MMVA awards show this past June.

Right now, I host E! News Updates and interview different celebrities and notable people across the music, entertainment, and fashion industries for Much. I also host a weekly segment called “Tyrone’s Take” on CTV’s national morning show Your Morning, where I basically give my take on a topic that’s hot that week.

Where did the nickname T-REX come from?When I was young I had super long arms, so it was kind of this oxymoron of a nickname that I got stuck with. It was actually one of my best friend’s older brothers who gave it to me, and he was one of the cool kids in the neighborhood. So I was just happy they paid attention to me, and the name stuck.

Congratulations on your crown royal commercial! How did that come to be?In the commercial, I play this guy who frequents a bunch of different scenes in the city, and feels at home in all these different places. In this case, art mimics life.

Of all the success you have seen in your career, what is your proudest achievement?Hosting the iHeartRadio MMVAs is my proudest achievement by far. When I was growing up I would watch the MMVAs and think “I’m going to do that.” It took a lot of years and hard work, but I finally made it. So, every year when I walk out on that stage I’m literally living my childhood dream.

Would you like your daughter, Life, to follow in your footsteps and be a Media personality?Yes! My daughter Life actually had this idea not too long ago to start a YouTube channel, and we got so excited about it. We just started her channel called “Life is Good.” It’s still set to private…but when we make that baby public it’s going to take the world by storm!!

Do you feel like there will always be a place for music television like Much?Of course. Music is life. It’s an art form that drives us and makes our communities stronger and better. Over time, music television has shifted and changed, and we’ve definitely had to respond to it, but I know music television will be around in one form or another for a long time to come.

Your 1LoveTO blog has become something very important in the city of Toronto and is celebrating its ten-year anniversary. What made you want to start it?I was working with youth in creative, business, and music arts programming, and that job took me all over the world – doing basketball camps in Europe, the U.S., Africa, and Brazil. So, I’d come back to Toronto and see all the cultures and influences that exist here, and be really inspired. We’re literally the whole world in 1City. And we had the talent and culture to be this incredible place, but we didn’t have the civic pride and confidence in ourselves to get there. So 1LoveTO started as a way to celebrate the diversity of this amazing city, and promote the idea that we should love ourselves, and have confidence in how amazing our city is.

Can you speak on your “lead with love motto,” and how you have applied it to your career?Lead with love is all about:

1. Self-love: figuring out exactly what you’re passionate about, and then working on that thing as a way of highlighting your self-worth and building confidence in who you are.

2. Subscribing to the mentality of 1Love: once you perfect the idea of loving yourself, you’re able to see your likeness in the people all around you, and have love and respect for everyone as a result.

In my career, I use my platform – social media, TV, etc. – to live this mentality out in front of the camera. I share my passions with my audience, and I talk to people every day that share their passions through their work. And being around people who love what they do is infectious. I hope that some of that rubs off on people who watch me and the people I talk to, and that they’re inspired to chase their own passions and lead with love as a result.

As someone who has lived in Toronto for a long time, you have seen the city change dramatically, what is the best thing to happen to Toronto in the last ten years?Now more than ever, people are proud to be Canadian, and proud of their hometown, wherever it is. So, I think the best thing that’s happened to Toronto is learning how to love itself and have confidence in what makes it great.

How important is hip hop to you, and what impact has the music had on your career?Hip hop to me has always been multi-faceted. It’s been rebellious, liberal, political, and even therapeutic. And I identify and see myself within all of those things, so hip-hop helped me find my own voice.

You have a tendency to be a sharp dresser, where does your sense of style come from? Where do you draw inspiration?My mom has always been big on presentation, so that’s definitely something I carry with me. I really view clothing as a form of self-expression, and a way to tell my story. Sometimes, I may be trying to make a statement, and other times I may choose something because I’m drawn to its design, or the way I feel when I wear it. But, at the end of the day, what you see through my wardrobe is the range of my personality expressed through clothing.

You are a man of many talents, you host for Much and E! News, are involved in OVO fest, and are responsible for 1LoveTO, which celebrated its ten year anniversary this year, what other endeavours do you have coming up?At this point in my career, I just wanna do dope shit. I’m not worried about chasing the ideas of what other people think I should be. I want to continue creating things that I’m passionate about, and that my audiences can be passionate about too. Whether it’s a new TV show, or a concert, or a party. I just want to do the things that will have an impact and inspire. 1Love.

Catch Tyrone on E! News Updates and on Much (check local listings for airtimes). 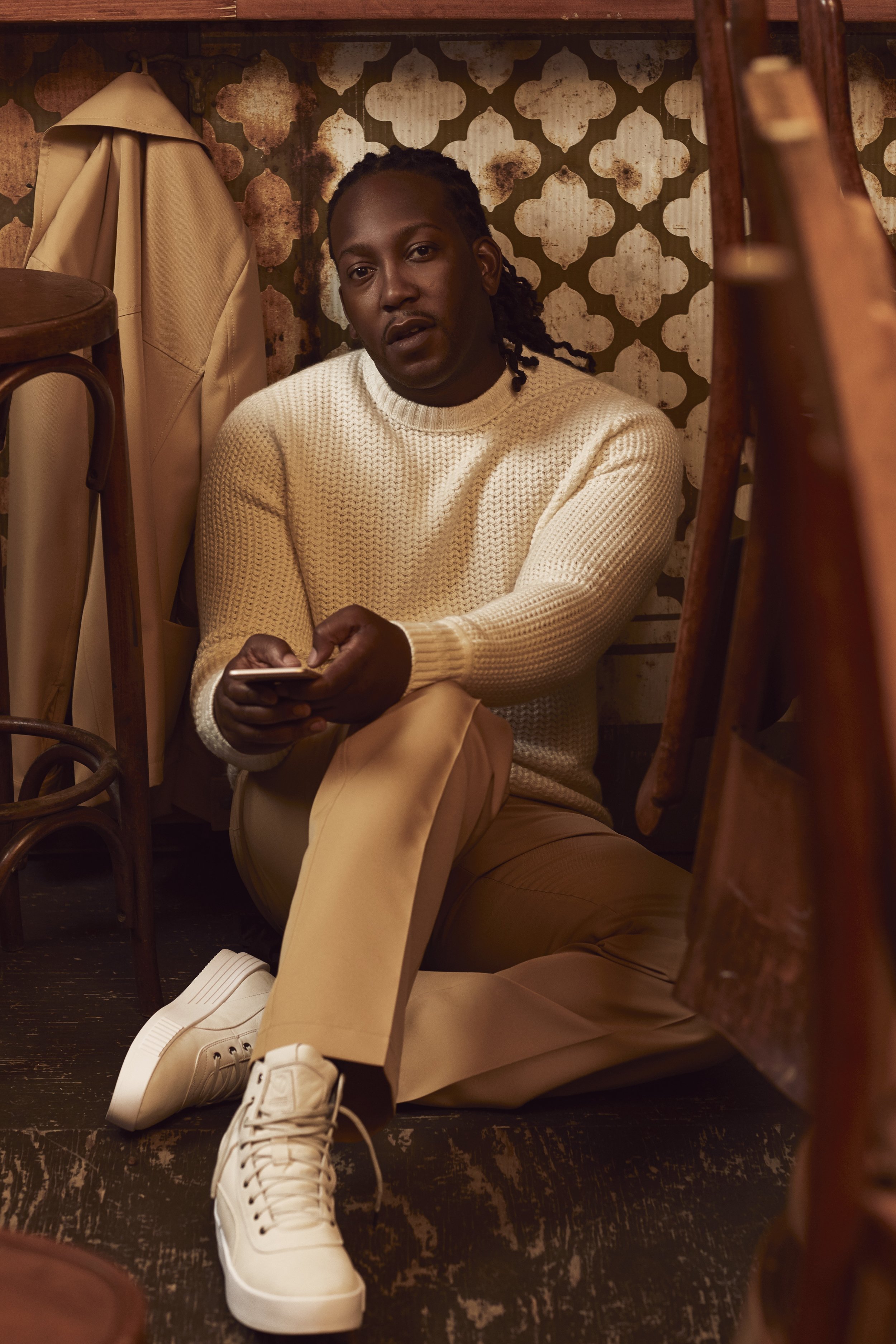