Beautiful Vancouver, British Columbia is often nominated as one of the top places in the world to live, and it’s only fitting that the restaurants in the city where the mountains meet the ocean are among the very best. Besides an abundance of west coast fine dining, the culinary scene is known for its strong ties to Asia since the region is close in proximity to the Pacific Rim gateway. If you’re in town, treat your tastes to the following 5 hot spots.

Executive Chef David Hawksworth is somewhat of a celebrity in his hometown of Vancouver. Following stops in the U.K. and at the upscale neighbourhood eatery West, Hawksworth opened his eponymous establishment back in 2011. Located in the downtown five-star Rosewood Hotel Georgia, the space can be described as 1920s heritage meets modern elegance.

Similar to the architecture, the dishes are made from fresh, carefully-sourced organic ingredients using a blend of traditional and contemporary techniques. Among the many signatures are the sablefish rice bowl with guajillo chilli peppers, jicama, apple, cilantro and epazote herbs (lunch, $34) and Yarrow Meadows Farm duck breast featuring black garlic, Brussels sprouts and roasted onion jus (dinner, $47). 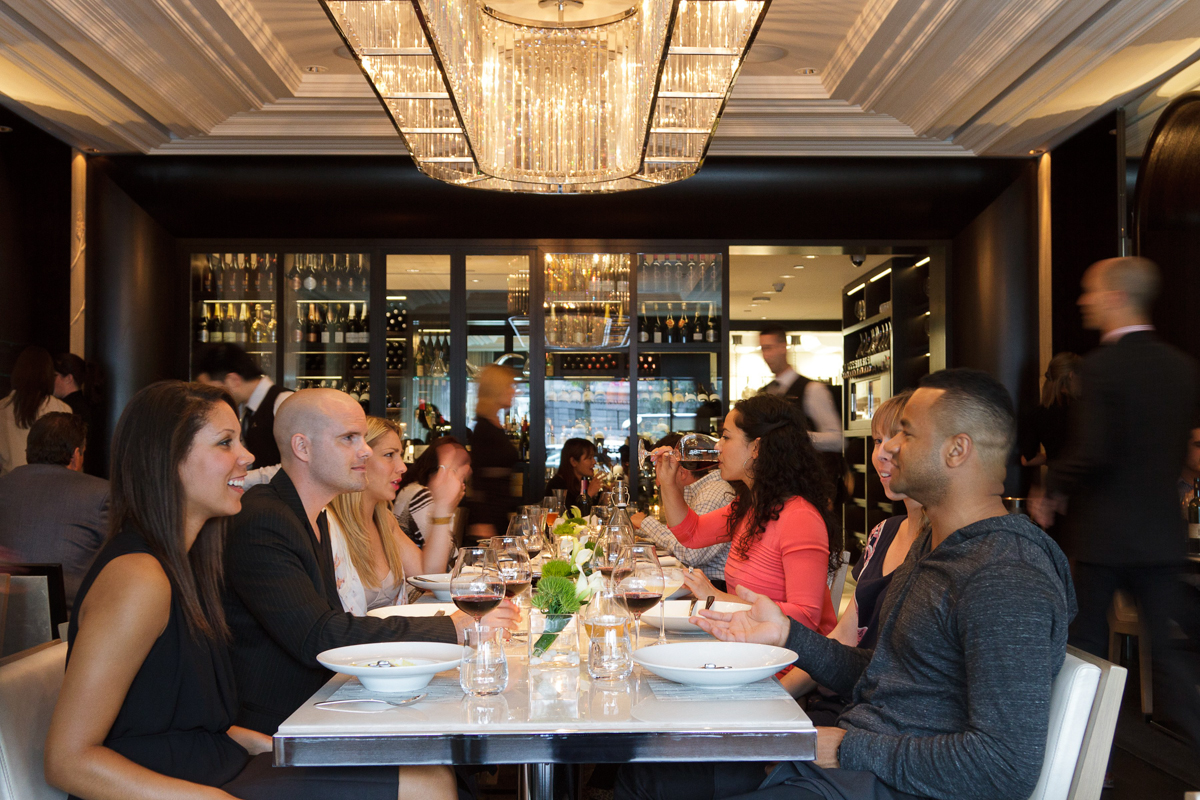 Like seafood? Then you’ll love Blue Water Cafe, set up in a historic brick building nestled in the trendy Yaletown district. Award-winning chef Frank Pabst has been at the helm of the kitchen since 2003, helping craft several innovative menus from a Raw Bar offering 12 unique types of B.C. oysters and an extensive list of sushi, sashimi and nigiri, to cuisine of a more cooked variety. Try the lingcod accompanied by chorizo sausage, eggplant chickpeas and grape tomatoes ($30.50), or ask what the whole fish of the day is.

Blue Water is a founding member of the Vancouver Aquarium Ocean Wise program, designed to educate consumers around the issue of sustainable seafood. 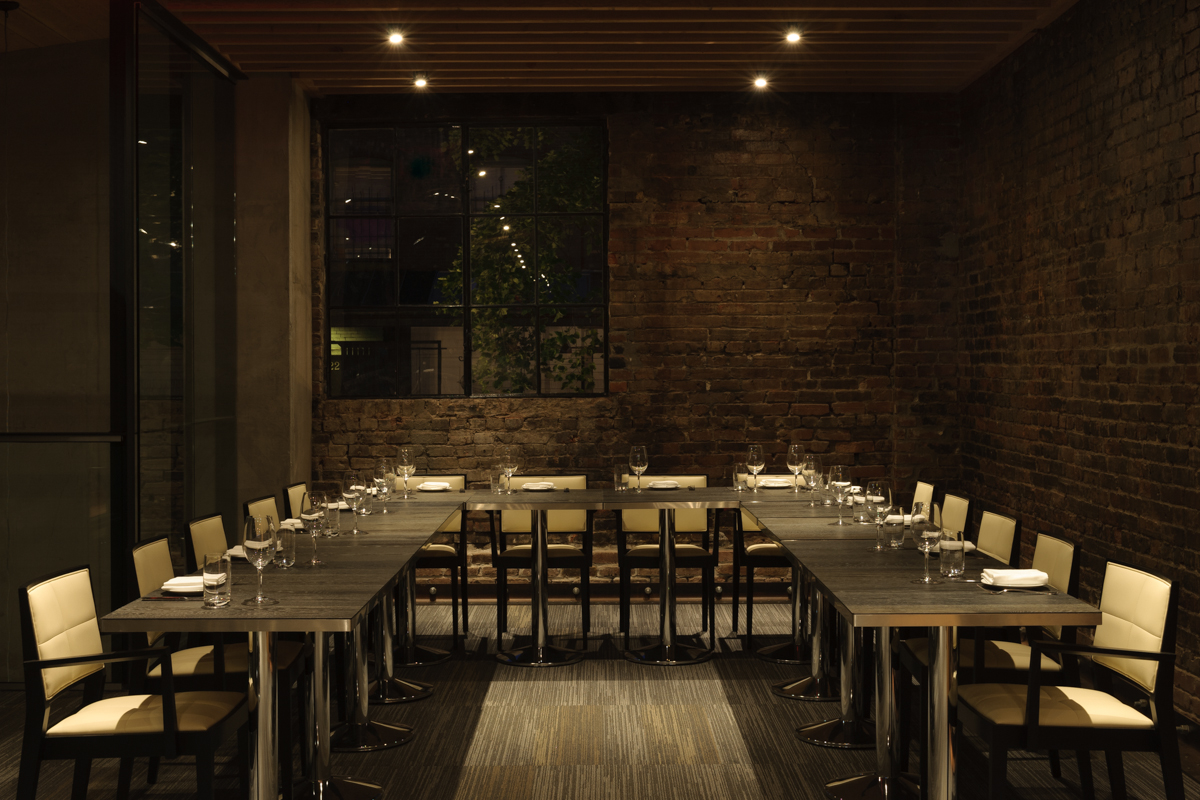 Wondering about the fancy name of this restaurant in the middle of Gastown? The word “abattoir” is a lesser-known moniker for slaughterhouse, which is a nod to the area’s roots as a butchery and meat-packing centre. Customers get to experience an intimate ambiance inside the cozy 1,200 square-foot facility that specializes in Canadian fare steeped in French influence, like the terrine of smoked foie gras served with toasted brioche ($25) and the confit pork shoulder and clams ($35). 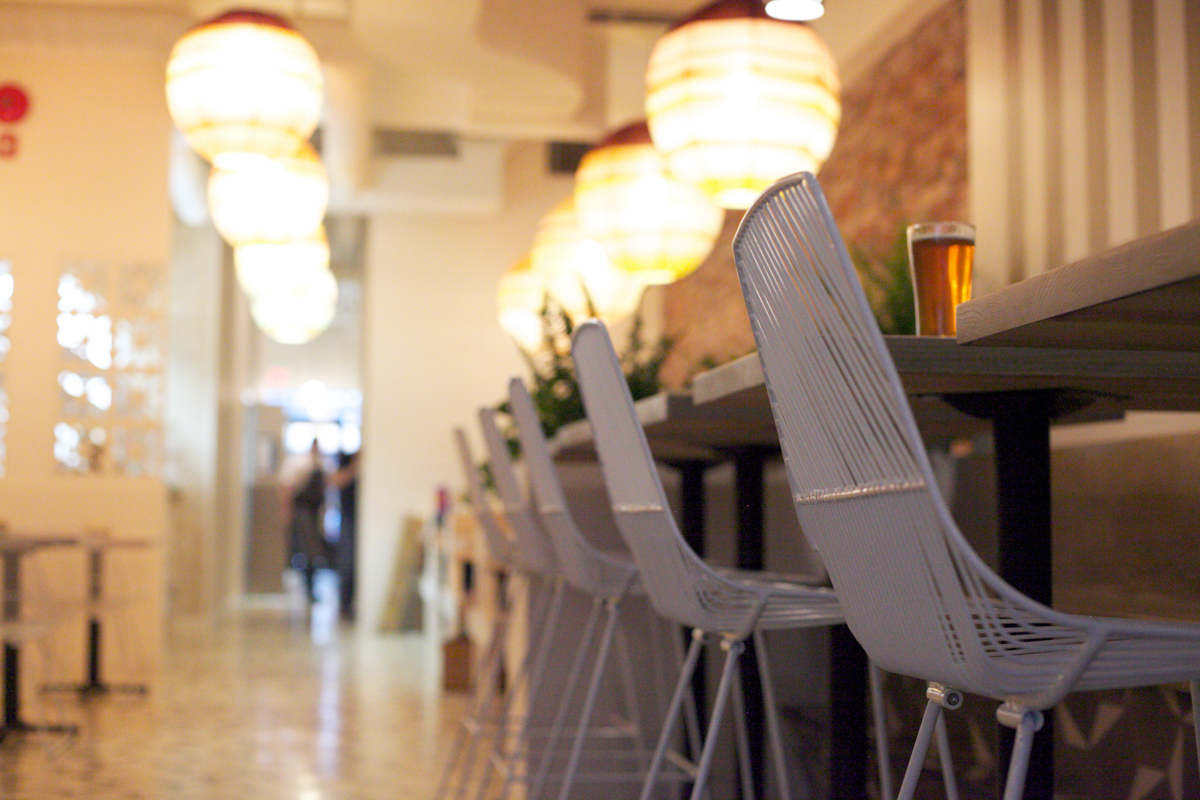 A true B.C. success story, Tacofino started out as a single food truck in Tofino (hence the portmanteau) in 2009, and has since expanded to three trucks and four brick and mortar locations across Victoria and Vancouver. The company says its style is derived from the back alley barbecues you might find in California and other surf-friendly destinations. The premise is simple: pack a lot of flavour into a tortilla shell.