Paul DeLorean, nephew of John Delorean, the man who developed the famous car from Back To The Future, does not shy away from his family’s legacy, in fact he embraces it.

Of Course with his last name, he would be hard pressed to escape the legacy his uncle has left within the sci-fi and pop culture realm. Paul DeLorean is the CEO and chief designer of Delorean Aerospace, a company that dedicates its resources to creating a fully functional flying car. Essentially, they will be turning sci-fi into reality by developing a two seat vertical takeoff and  landing  personal air transport vehicle, something we has all been looking forward to since The Jetsons were on TV.

Although many are sceptical about whether or not the flying car is a possibility in the near future, new lightweight materials, better batteries, and sophisticated computer controls have greatly increases the odds of the project’s success. While still in the R&D phase, the VTOL looks more like a plane than a car. It has two sets of wings, winglets underneath, and two large ducted fans that sit horizontally before takeoff. The prototype measures 20 feet and is 18.5 feet wide. By next, Delorean hopes to has a full scale prototype that can reach a distance of 120 miles on its all electric propulsion system. Experts say it may only be 5 to 15 years before people no longer need roads to get around. Here’s hoping time travel is not out of the question either. 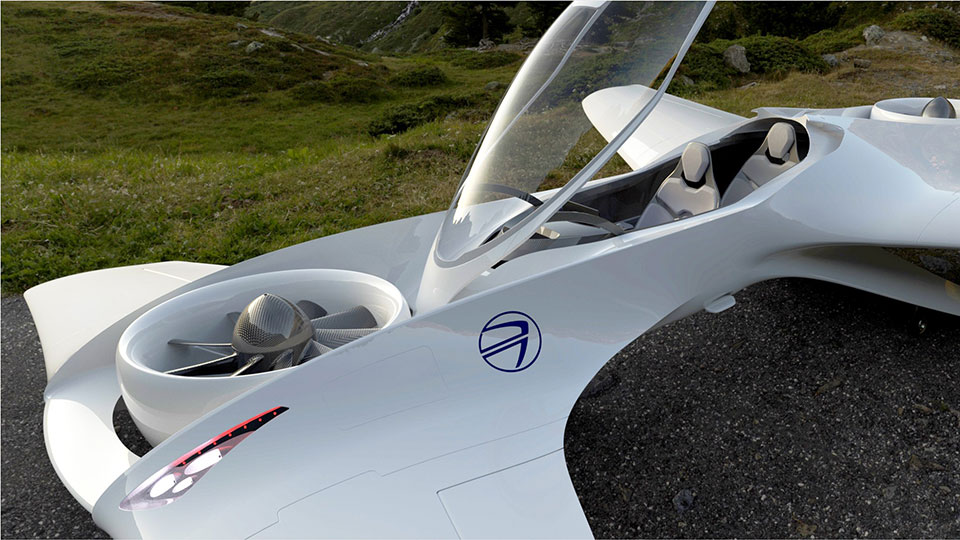