DHL is a founding partner of the Formula E and has been transporting the race cars since 2013. The company’s involvement in the fully electric race series makes perfect sense since it has as a mission to decrease their carbon footprint and inspire people towards embracing sustainability. Andrew Williams, CEO of DHL Canada, spoke with DTK MEN days before the Montreal Formula E race, and spoke on the significance of the race as well his personal experience with the growing championship.

So How do you find Montreal so far?It’s fantastic! I run the Canadian business for DHL. It’s a huge market for us. I probably come here about every eight weeks or so. So I always love coming here. I’m actually on vacation now so I got my family with me, they’re loving the city, so it’s a really great time.

As this is the final leg of the season, what are your thoughts on how it all went down? Yea it’s been an exciting season so far, we are here at the final race. There’s two races on both Saturday and Sunday, both points generating races and huh you know we’ve got three guys in the hunt right now, it could be anyone’s game. It will be exciting.

What have been some highlights of the season for you? This is actually the first race I’ve attended, running the Canadian business I focus really on our operations here in Canada, I’ve obviously been following the season a little bit. I think just how competitive the series has been has been exciting. Watching new entrants in each year, new organizations, we just talked about Mercedes and their interest in joining the circuit moving forward so you know that’s been really exciting. And the technology itself continues to evolve and all of that is a lot of fun for us to see.

You mentioned Mercedes Joining, what are some other manufacturers you would like to see join the Formula E? I would not want to speak on behalf of anyone, I would love for everybody to join if, truth be told, I think everyone’s gotta make their own decision if this is the way forward for them. DHL, we’ve decided you know finding this sustainable future for our business planet is important and this is one way we can do it. So we know it’s good for us and we wouldn’t want to tell anyone that it’s good for them, but we are big proponents of it for sure

Can you describe the growth of the sport in popularity since its beginning? When you look back at that first race in 2014 in Beijing and where it’s come to know. I mean this weekend the projected TV audience is probably somewhere in the range of 35 or 40 million people. You’re gonna have 10s of thousands of fans trackside. The cars themselves, they are very exciting cars to watch. The accelerations, the top speed, you over lay that with the technology that goes behind it. Its an exciting race to watch and I think over time it will become more accepted as just the way racing will be.

Do you think the popularity would ever rival that of the F1?Both great organizations, both with their own mandate and mission as well to make racing better from a competitive standpoint and a sustainability standpoint as well. So I’d like to see them equal as organizations let’s put it that way.

Formula E is pushing technology forward, DHL as well, how can the formula E push road car technology forward?I think there are a number of ways really if you look at it first and foremost you’ve got an opportunity here to raise the profile of what an electrical vehicle is capable of doing, organizations have already started. You look at the success of tesla as an example. This is giving race fans and maybe traditional race fans a view of the possibilities of the electric engine. So I think there’s great opportunities to then transfer. We have already found ways to implement that type of technology into vehicles that we can use day in and day out delivering parcels and as battery technology gets better and becomes more efficient that only makes it easier for us to convert more and more of out vehicles to that as a power source.

Do you think the formula E can get rid of the stigma that some may have towards electric vehicles?I think they are doing absolutely the right thing. They’ve created this amazing race  that’s around the world and if you look at the list of cities that formula E is racing in. I mean these are world class cities.They’ve been to New York, Buenos Aires, they’ve been in Hong Kong, here in Montreal, I absolutely think that this is one venue in which we can get people more interested, more accepting, more excited about, and that really whats key here  for me. More excited about. This is the future of technology.

What are your plans for next season as DHL has signed on for another three years? We know that Montreal is on the calendar again for next year. Assuming that we get everything sorted out. We are finalizing the possibility of moving forward for another three years right now; assuming that that happens we will be back here again in Montreal. Its a bigger event we have more people excited we will have customers out and our employees out and have to chance to share how logistics and racing have come together.

DHL Canada’s CEO Andrew Williams is a well spoken charismatic individual whose personality perfectly reflects the commitment the company has towards reducing their carbon footprint and promoting sustainability. As DHL has signs on for another three years with the Formula E, Williams insures that we can expect more technological advancements, automotive manufacturers, and excitement in coming seasons. 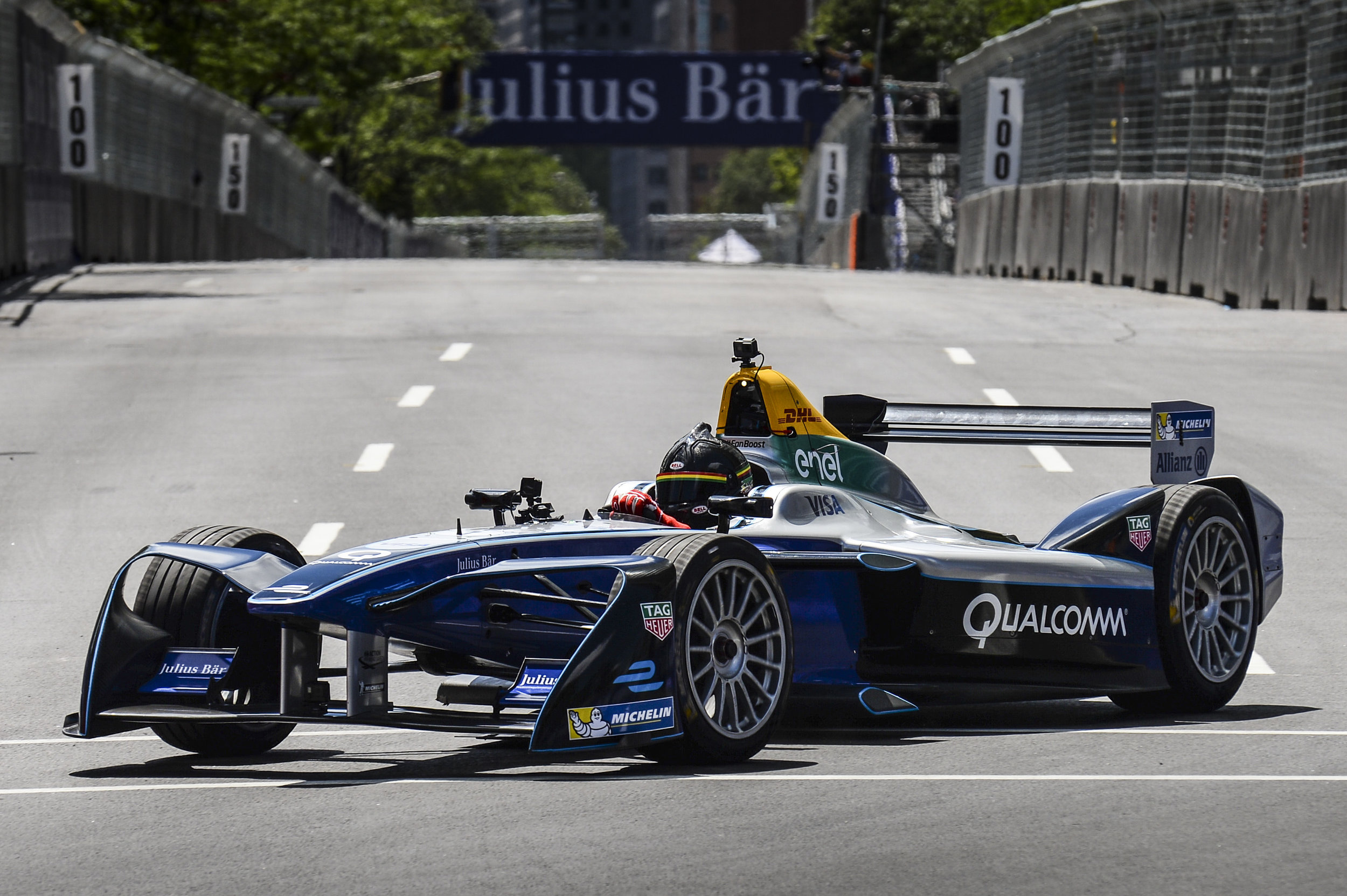