Born and raised in Vancouver, Bates’ earliest memories of fashion intrigue were from his childhood outfits. “My mom dressed my brothers and I pretty cool growing up in the ‘80s,” he chuckles, adding that he would feel a certain “energy” connected with particular looks. Growing up in Canada, however, he explains that he “never really thought of fashion as a career, it was just something [he] liked.” He started out sketching clothing and logos, and, by the age of 13, he had a book full of designs, and it was all just for ‘fun.’ 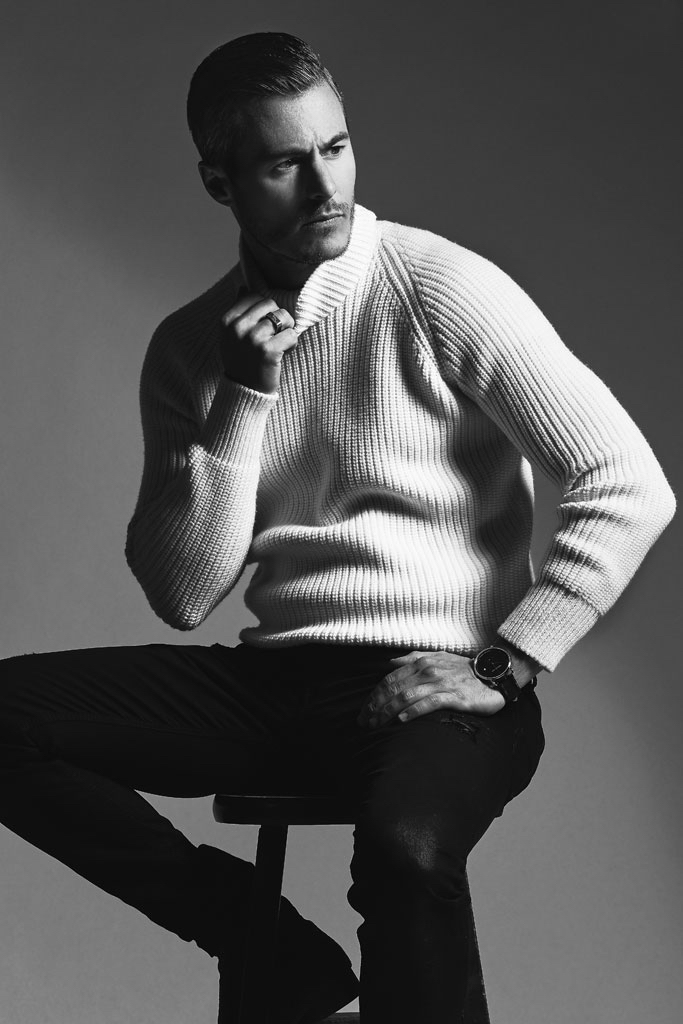 Completing his BA from UBC, he went on to study marketing and advertising. “I liked the creative aspect of the business,” he claims, but he was unknowingly gathering fundamental skills for quite a successful future. He moved on to work as a marketing manager, a role that eventually allowed him to travel to Europe, and as a young adult, he returned to Northern Europe. Having visited when he was younger, he now stepped back into that world with newfound appreciation. “I was blown away by their style and individualism,” he remembers of a trip to Stockholm. Being immersed into the European aesthetic had re-triggered Bates’ inspiration.

The decision was made: Bates was going to sell his apartment, move abroad, study, and start his own fashion brand. Researching the best design schools in the world, he naturally came across internationally renowned Art and Design Institute, Marangoni (alumni include: Franco Moschino, Alessandra Fachinetti, and Alessandro Sartori, to name a few). With no fashion portfolio or significant past experience, Bates’ eclectic background was leveraged by his precise vision, leading him to a successful time in Milan. The richness of the country’s culture was one of the main reasons why he chose Italy. “I always considered Italy the heart and soul of fashion for its legacy, materials, tailoring, and more,” he describes colorfully. Enrolling in the fashion design program, he confesses, “My skills were extremely limited at the time,” but he was sure what he did have was “good ideas, [and] maybe some good taste and a strong work ethic.” Living in Milan alone and being confronted with scholastic challenges constantly, Bates started out with a disadvantage. “Most of the students had already completed previous studies at some of the best schools in the world,” he divulges. In the face of evident adversity, he adapted, learned, and persevered. “I worked really hard,” he clarifies. Education was an incredibly useful experience that gave the designer indispensable skills needed for his future success.

After graduating from Marangoni, he hit a bureaucratic speed bump when his student visa expired. Even though Christopher had full intentions of remaining in Milan, with expired documents, he had to go. Returning to Canada he never lost sight of what he wanted. “My goal, from day one, was to start my own brand,” he exclaimed. In November of 2007, he started his company, and, in February 2008, he incorporated his business, dedicating himself entirely to his creations. Having started his label in Canada, Bates describes the experience as the “perfect incubator for my brand,” further elaborating on the fact that Canada was the ideal entry point “to figure out what worked and what didn’t work” for himself, for his brand, and in the industry. As opposed to more competitive markets like New York or Milan, the Canadian fashion industry has a much “softer” approach. For new brands that “will make mistakes (and I have),” Bates points out that the “Canadian market is a little kinder” in terms of the extremely competitive and non-forgiving industry. From his very first collection, and despite being based in Vancouver, Toronto’s immediate response to the label was extremely positive. Founder of Menswear Store GotStyle Melissa Austria was the first to order Christopher Bates’ collection. With mounting sales and exposure to follow, Bates moved to Toronto “as quickly as [he] could,” he states. Today, he splits his time between his Toronto and his Milanese offices, with Toronto continuing to be the brand’s leading market.

Now, Bates creates ready-to-wear and footwear collections that embrace the craftsmanship and richness synonymous with “Made in Italy,” with particular attention to details tantamount with luxury. His creations are innovative, debuting unique fabric blends topped with alluring colour palettes, while all the brand’s manufacturing remains in Italy (materials and production), collaborating with world-class suppliers. Producing alongside some of the industry’s most recognizable names, such as, Moncler, Pringle of Scotland, and Tom Ford, Bates says that this has “always been my dream to produce a world class product that I’m proud to put my name

on.” The brand is made for clientele who appreciate an artisanal product, unique cosmopolitan styling, and the sophisticated richness of materials that ultimately create an eclectic look attracting a modern-minded customer. Arriving at his refined product and customer target was an “evolution for myself and for the brand,” he explains. Initially, he dabbled in more of a ‘sport-luxe’ vibe, with some key pieces dedicated to more tailored clothing. When he recognized that it was the more refined garments that were performing well, he re-branded his company debuting as “Christopher Bates” in 2010, shifting his focus to emphasize an elegant and contemporary style. Moving forward with his exquisite design and superior craftsmanship, running a luxury menswear brand has its apparent difficulties, and, for Christopher, it is not only about being a designer but simultaneously an entrepreneur and a businessman. With a business dedicated to craft, details, and finishes, his time is heavily dedicated to the perfection of production in order to maintain the brand’s extravagant quality for its price point.

Today, Christopher Bates has undoubtedly become a fashion force to be reckoned with. The designer and brand’s mounting accolades have been recognized for a multitude of achievements: 2009 Sharp Magazine Top Menswear Designer, 2014 Canada’s Top 100 Most Influential People, and in 2014 & 2015 he was nominated for the Notable Award for Fashion in Canada. The designer confesses that “[he’s] definitely earned [his] stripes,” alluding to his fashion industry journey through the hardships and the successes.

This past March 2018, the brand accepted the esteemed NAUMD 2018 Image of the Year Award on behalf of Air Canada for his design of the airline’s new uniforms. Considered the industry’s most preeminent accomplishment, the NAUMD award recognizes the most avant-garde commercial apparel designs in the world. Air Canada additionally won the “Best of the Best” across all categories. With no lack of accomplishments, following the NAUMD, Christopher Bates has been nominated for the ‘Menswear designer of the Year award’ by CAFA, which was created to celebrate achievements in the Canadian Fashion industry, with a particular mandate: to honour talent at home and abroad. With years of global recognition, Bates makes an astonishing candidate.

After ten years in the business, the esteemed designer is now internationally acclaimed. Having followed his dream and uniting his passion with hard work and determination, Christopher Bates is undoubtedly a Canadian fashion icon. 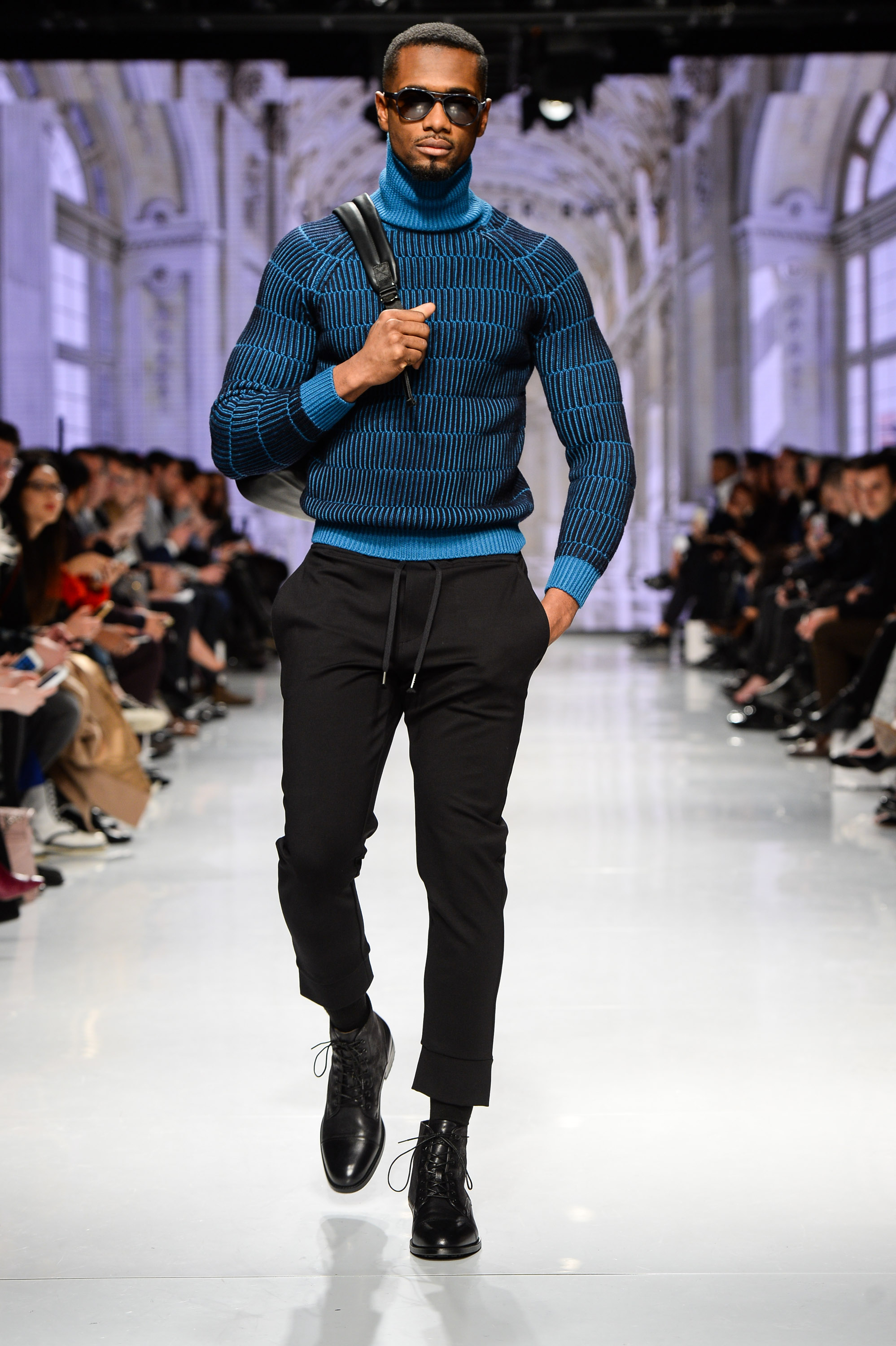