A Look into the life of Rhye

Home / Blog / Fashion / Interviews / A Look into the life of Rhye

A look into the life of
RHYE

IT WAS A FEW SUMMERS AGO WHEN THE RADIO WAS SMASHING MY EARS ON A LOOP WITH ELLIE GOULDING’S LATEST SINGLE. AS I WAS SWITCHING BETWEEN STATIONS, A SONG THAT I THOUGHT AT FIRST WAS FROM SADE CAUGHT MY ATTENTION. THE SENSUALITY OF THE VOICE MIXED WITH HAPPY (BUT NOT SAPPY) ROMANTIC LYRICS WAS AN ABSOLUTELY CAPTIVATING COMBINATION, AND I ALREADY KNEW THAT I WOULD SPEND MY SUMMER LISTENING TO IT ON REPEAT. THAT’S HOW I DISCOVERED RHYE’S MUSIC.

Born Mike Milosh, the L.A.-based Toronto-bred singer-songwriter, multi-instrumentalist, and producer briefly enjoyed a moment of musical anonymity after the release of his first album Woman in 2013, before having to escape from his shell and expose himself to his public. Now famously known as a talented artist and with a new album,Blood,under his belt, he still approaches music as a private affair between him and his creative flow.

“In the studio I always have one or two people around me, and it is a very controlled and private space,” he explains. Even if he has total control over his songs, taking care of almost every aspect of their creations, he stays humble about the whole process.

“For me, a song is many different factors put together, allowing me to share something with others. Otherwise, it could just be me singing in my shower. A song is almost like a little entity: a baby or some kind of life form. There are always things you need to put into it to nurture it. If you miss one of the ingredients, the song doesn’t feel complete. It is very important if you want a song to feel complete not to try to intellectualize it because when it is ready, you just know. It takes a lot of elements to make a song. It’s just not a simple thing, you know. There are a lot of skills involved and a big part of it is about understanding your own voice,” declares Milosh.

“In the end, what it comes to is, once I put a song out, I try not to be very controlling of how people [understand it]. I feel like the whole point is you put something out there in the public, and people are supposed to make it their own, they are supposed to experience the song. Also, I am never able to see all the people listening to my music, you know. So, I think it is very important for me to just let go and let people have their own experience with it. And if they want to see my songs on a different level or analyze them, they can. For me, when I listen to a song, I never really pay attention to the lyrics at first. People have interpretation of my songs that weren’t mine at first, but I think it’s what is beautiful about it,” he adds.

There was a big leap of time between the release of WomanandBlood, bringing a lot of changes into Milosh’s life. Having to go through separations, both on the personal and professional side (he had to part ways with Robin Hannibal, the second half of Rhye on the first album), he ended up with a lot of time on the road, testing new material during shows directly with his public.

Specifically, he feels that sometimes songs work out better being heard live, not necessarily fitting into an album.

“There was a song that I used to do live for a while. And even if I liked it a lot, it simply didn’t fit on the record, mostly because I wanted to keep the whole record forty minutes long. I obviously had to make some strong choices, otherwise, it would only be a mix of stuff that wouldn’t fit together. I honestly don’t know if some songs can only be heard live or in the studio. I simply think that when I play a song live, I have the freedom to change it a little bit and make them evolve regarding my mood. I think that is very important that the live show kind of changes with the audience. If it is a quieter show, I can be more delicate with my vocals or be a little bit sentimental and emotional. But once I am back in the studio, I can be whoever I want and have total freedom,” he explains.

Speaking of his songs, he is pretty honest about using his personal experiences to channel his inspiration.

“I think I am at that place where everything I do now somehow makes me feel better. Even when a song sounds kind of sad, I still find a lot of beauty in it and enjoy it. I am at a good place in my life. I’ve been through a lot of changes, and I feel more solid than I used to be. I think it is so important that music is honest and comes from a real place, so that is why I never feel like I say too much or allow people to see too much of me when I open through my songs. Music is a very important art form and it shouldn’t be watered down to make it a little bit less difficult to share. I am simply very careful about how much I let people know about my personal life, for example on social media. Even interviews, I don’t really overshare. But when it comes to a song, I think it is important to focus on all the truth in it,” he declares.

“I was with a major label for the first record and they wanted to do all this PR and I was starting to feel like a product and couldn’t concentrate on the music. With Blood, I don’t mind showing my face and doing photoshoots. It was never about hiding before, but more about not feeling like a product. Now that I’ve played so many concerts and that people understand what Rhye is, I feel like I can promote songs that people want to hear. I made this one without a label,” he adds.

As a Canadian living in the USA during the political climate we are all so aware of, he obviously has to be confronted with a reality that can be hard at times, especially for someone having such a sensitive soul.

“Toronto will always feel like home, especially because my family is living there, and I like to be close to them. But LA is now my home and where my people live. It can be sometimes a daunting city because you are always in a car… But I discover as I get older that it is about the personal relationship you want to have with a city and the people living there, about being around these people that you enjoy as human beings for different reasons. Regarding the political climate, we know that nobody is really supporting Trump, but it doesn’t make it easier. When you cross the border sometimes, they are kind of weird with you and it’s just a strange feeling, especially coming from Canada. There are things about it that are incredibly sad. Just the way they treat the least fortunate living in their own country. It says a lot about that culture.”

“LA is like its own little bubble within the US, it is a very different kind of situation. People who are not super wealthy have a lot of pressure on them. Even the healthcare almost feels like medieval at some point. It adds more to the weight on your shoulders, even people that are in the middle class (pauses). I think in 2018 we should have a society that wants everyone to starts on an equal playing field. It is weird that almost everything important for the evolution of a human being is only for the elite in the USA. The only way to deal with it is to lead by example and try to be the best version of yourself.”

They are doing a TV special on your career, and they have to use music for the score, but it can’t be your own. Which songs do you choose?Arrow Right Through Me by Wings.

Phones at concerts – are you for or against it?I am okay with minimal use of phones, but if someone pays more attention to the screen and loses the feeling of the environment and forgets to be present, I think they’ve lost the point of attending a show. 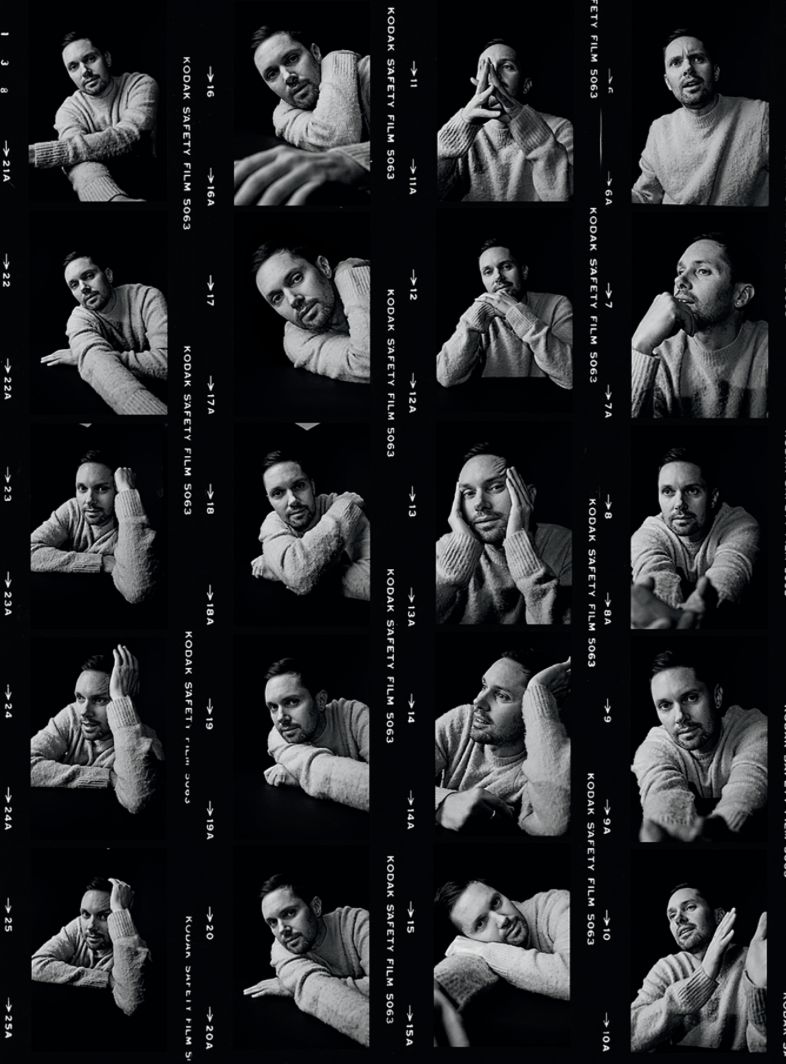