Even before he could walk, Antonio Giovinazzi liked to go fast.

If you were to ask him as young child what he wanted to be when he grew up, he could tell you without hesitation. He was obsessed with driving, and there is photo evidence to prove it.

On September 25, 2018, Giovinazzi posted a photo on social media. He was no more than three years old, dressed head to toe in Ferrari red with his hands gripping the steering wheel of a miniature race car. Below the picture was a caption he had written in the Italian language.

“When, as a child, I was asked what I wanted to do when I was a big, the answer was always the same: a Formula 1 pilot. Today, my dream came true.”

On that day last year, Giovinazzi became the first Italian driver the Formula 1 circuit had seen since 2011. He signed a contract to race for Alfa Romeo, an iconic Italian luxury car manufacturer who returned to the F1 as their own team this season. It was a perfect fit. 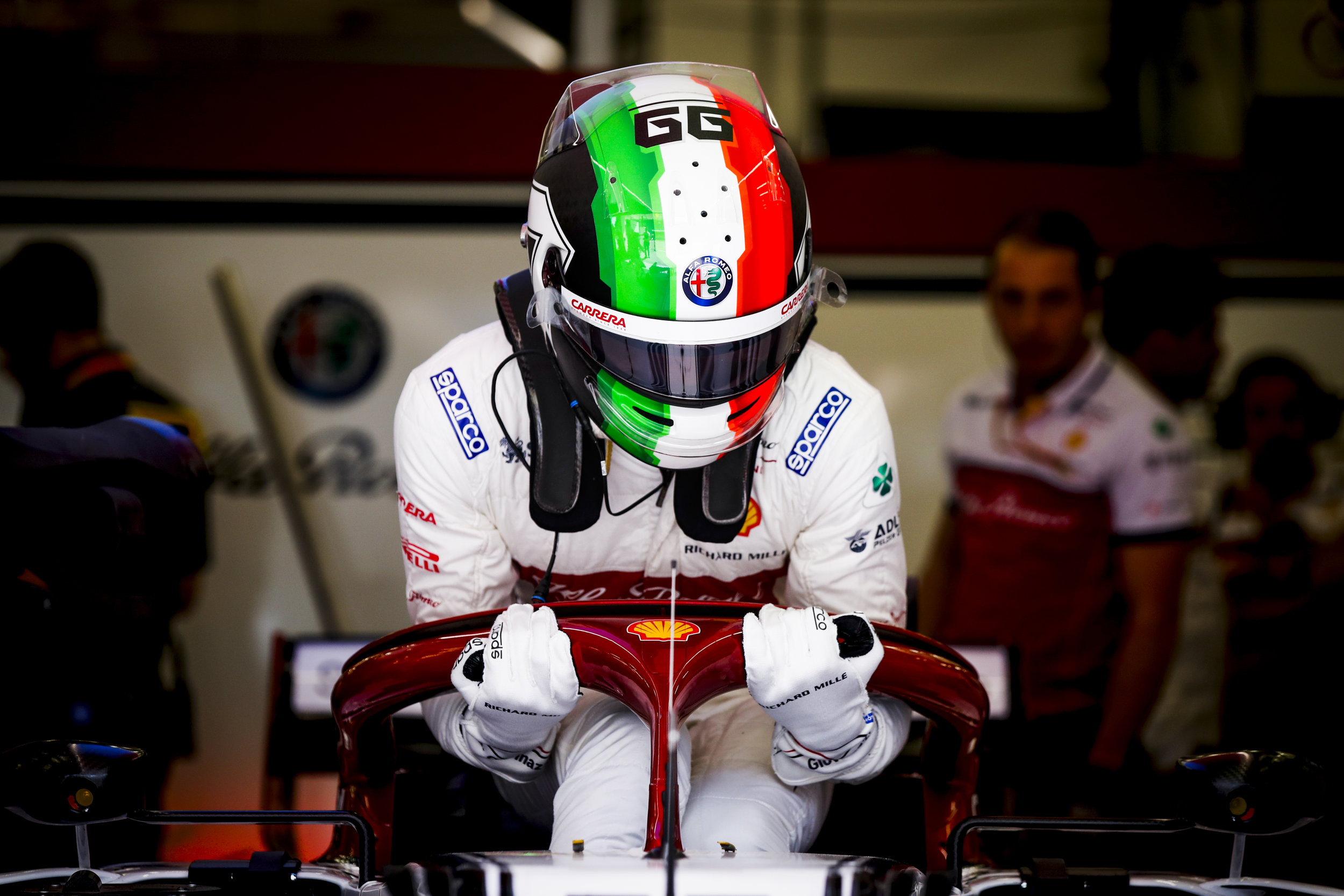 “It’s a long way to get to where we are now and a lot of sacrifice and a lot of work,” Giovinazzi said in a phone interview days before the Chinese Grand Prix held in Shanghai. “Now finally, I’m here, and it’s a dream come true, to be honest.”

The 25-year-old’s ascent to the top racing circuit in the world has been efficient. Like many F1 drivers, he began competing on the grid by kart racing as a teenager in 2006, where he would spend six years making a name for himself. From there, Giovinazzi moved quickly.

His single seater career began with a year of racing in China, then he moved to the Formula 3 European Championships before reaching the GP2 Series, a program built to prepare and nurture the world’s most talented young drivers as they make their way to Formula 1. And he didn’t have to wait there long.

After an impressive debut season that saw Giovinazzi fall just short of becoming the first rookie champion in the GP2 Series since 2012, Ferrari came calling. The famous Italian F1 brand wanted him to be their test driver. The opportunity was much more than a foot in the door.

“It was really good. The two years driving with Ferrari was a pleasure for me because I was part of one of the best teams of F1,” Giovinazzi said. “But, for a driver, the best thing is to be on the grid, and, finally, I’m here with Alfa Romeo Racing, and it’s fantastic.”

Italy has always been rabid for racing. The Italian Grand Prix is held in Monza, a city close to Milan in the northern part of the country. It was introduced as a venue in 1921 and is one of the longest running events on the F1 calendar. The country has been home to 98 Italian F1 drivers but has seen a recent drought in competitors. Prior to Giovinazzi’s surprise appearance as a substitute in 2017, Italians weren’t represented in a race for five straight seasons.

The gap in Italian pilots made building a fanbase quite easy for Giovinazzi when he arrived on scene. The country was hungry for a star, and they were more than ready to embrace him.

“I’m just really proud of the support and [there is more] race by race,” he said. The Chinese Grand Prix is just the third race of the season. “I’m really happy with the support from Italy, and I can’t wait to be in Monza to be with all of them.”

But the homeland isn’t the only place where Giovinazzi will hear his name called from racing fans donning the green, white, and red. In Montreal, home to the Canadian Grand Prix held in June, lives a massive Italian community. The idea of fans from across the world chanting his name is motivation for Giovinazzi.

“Unfortunately, I’ve been just one time to Montreal, in 2017, and I know there’s a lot of Italian people there,” he said. “Of course, I was the third driver then, so I can’t wait to see the support from the Italians and also the Canadian people this time.”

The gruelling Formula 1 season features 21 races. They come every two weeks, each one in a different country, with a different time zone. The car is demanding on its driver. Whipping around a grid at speeds of 350 kilometres per hour is no picnic. The competition is fierce, with the likes of Lewis Hamilton and Valtteri Bottas of Mercedes dominating the standings. The challenges for a young driver are endless. But Giovinazzi doesn’t see it that way.

He looks at his rookie season as a learning opportunity. A chance to improve each week. To continue what he’s done since he sat in that red race car when he was just a child. The same method applies: Dream of where you want to go, work hard to make it happen, and watch it come true.

And when the season is over? Well, life sounds a whole lot simpler.

“After a long season with all the flights and everything, I will be sitting on my sofa eating some good Italian food, of course,” Giovinazzi said. “Then I’ll sit back and take a rest.” 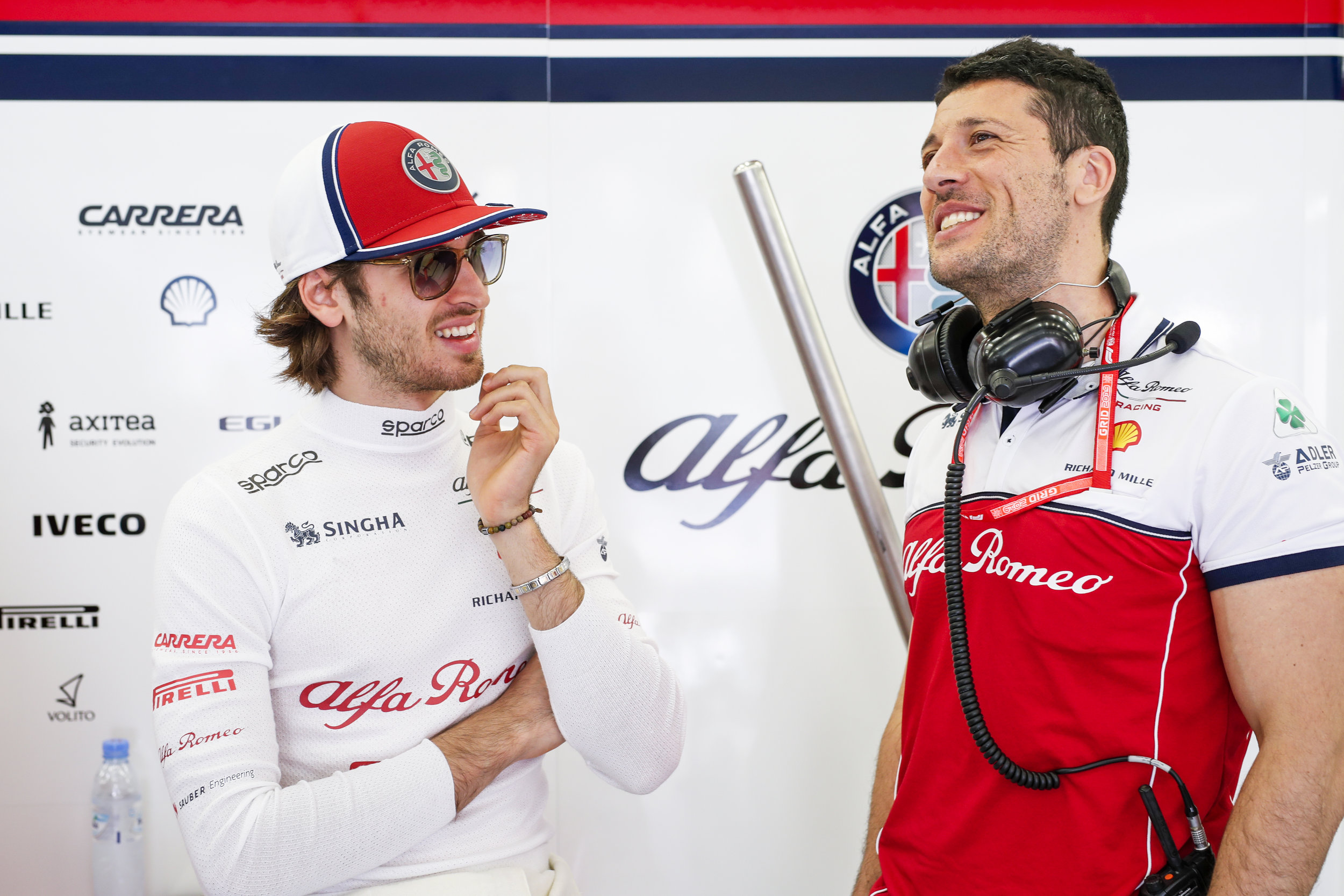