You may not have heard of Moment Factory, but you may well have been wowed by their stunning multimedia experiences throughout the world. From projections on Gaudi’s Sagrada Familia Temple in Barcelona to concert lighting experiences, Moment Factory has been at the forefront of creating these massive presentations that provide a blast of colour, light, and movement to global audiences.

DTK spoke with the Co-Founder and Chief Innovation Officer, Dominic Audet, from his Montreal office. 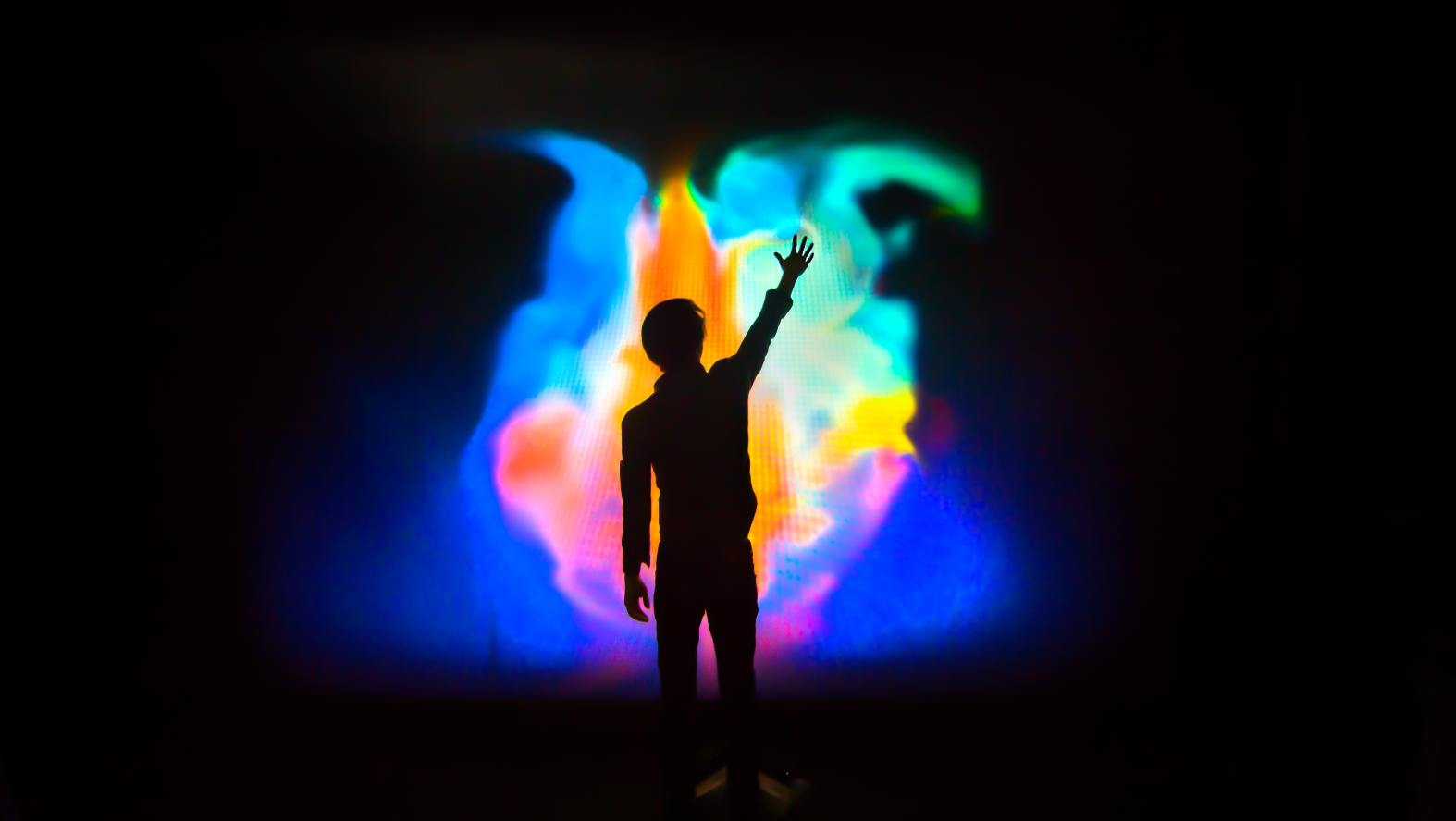 What was the spark that let Moment Factory come to be? We started organizing raves. Then, it took off once affordable ‘prosumer’ digital technology came into the market. The industry itself was almost nonexistent in the year 2000, so when Sakchin Bessette and I founded the company, we didn’t think it would become a big business. Montreal was a very good ecosystem – we coexisted with stage environments, with Cirque du Soleil, and with video games. Worldwide, this kind of new profession grew up – it’s even taught now in schools around the world!

With stage magicians, there’s a symbiosis between the technology that’s invented and trying to think of a trick or performance to make use of the new tool. I assume you see a new piece of tech and think, ‘How can we use this?That’s exactly how it happens! I used to work at the Montreal Planetarium before Moment Factory, so we had light projections with a lot of different types of technology. From the medical to the automobile industry, there’s a lot of new technology coming out. We are inspired by this new technology to use it in our context, which is live entertainment. So, a lot of the new tricks are bits that collide two technologies from different industries

What tech still needs to catch up? There are a lot of new applications with artificial intelligence that help the creative process’ efficiency a lot. What used to be a big challenge is not anymore – that doesn’t mean there’s no challenge; now, the challenge has switched to more high-level engineering and architecture or the way the business model works.

But are you still hoping for even greater evolution on the technology side? The main dream, I would say, is for more holographic technology: having content appear to you without having a screen to display it or the screen boundaries. So, if it could be, for example, a paint that you can paint over so video appears out of thin air or a hologram, that would be fantastic for us.

Is there a fundamental difference between working with an established artist versus some of your more architectural works? When you work for an artist like Madonna or Nine Inch Nails, they have the creative vision, and we’re kind of a service to deliver their vision. It’s the opposite when it’s a casino or a shopping mall or an airport. It’s almost a blank canvas – they just know that we’re very creative, so they give us a budget, and they say, “Make us something creative or fabulous or create an attraction.” Working with Madonna, every little detail – colours, pixels, every- thing – has to go through her, and it’s her vision and her songs and lyrics, so it’s a very different approach.

This is a fascinating paradox, that in some ways your corporate gigs are more creative. Yes, it doesn’t show. I guess you go on the website, and you think the most creative stuff is with the artists. But actually, yes, you’re right, it’s more creative with our corporate clients because they don’t get into the creative process at all.

So why would something like an airport want to hire you? A lot of our clients are big venue owners that are fighting the web, like shopping malls. People are buying online or people are watching sports with their big screen TV with surround sound at home. So, they want the people to get out of their home and come to their venues. They give us a budget to attract more people.

Have you been in a project and gotten halfway done, and genuinely not known how you were going to accomplish what you promised? When it’s a very innovative process or when there’s a risky new technology, we always have a Plan B. We manage that risk with the client. If we do the innovation and it succeeds, then we have an example that it did work, so we can charge the next client for it. There’s always a launch customer who doesn’t pay the full value because they’re the one taking a risk.

On a personal level, what’s it like to be on the forefront of encouraging people to enjoy art en masse? I don’t watch TV. I don’t play video games. My will to get people together has been important since I was very young. It was a funny thing to say 20 years ago; nowadays, everybody understands the value of this. If there was one location in the world that you could work on, where would it be? I’d love to repurpose a lot of iconic destinations, like old Olympic sites or old world expo sites. I’m going to Japan a lot – we just opened a Tokyo office a year ago – and I’m very impressed by Kyoto in Japan.

Of course, somebody who lives in Montreal wants to repurpose abandoned Olympic facilities. Every time I go to an old Olympic site, it always looks like there’s no life anymore. We give a second life by repurposing the place, bringing a new story. It’s something very unique that we’re doing, that we hope to bring to great spaces around the world. 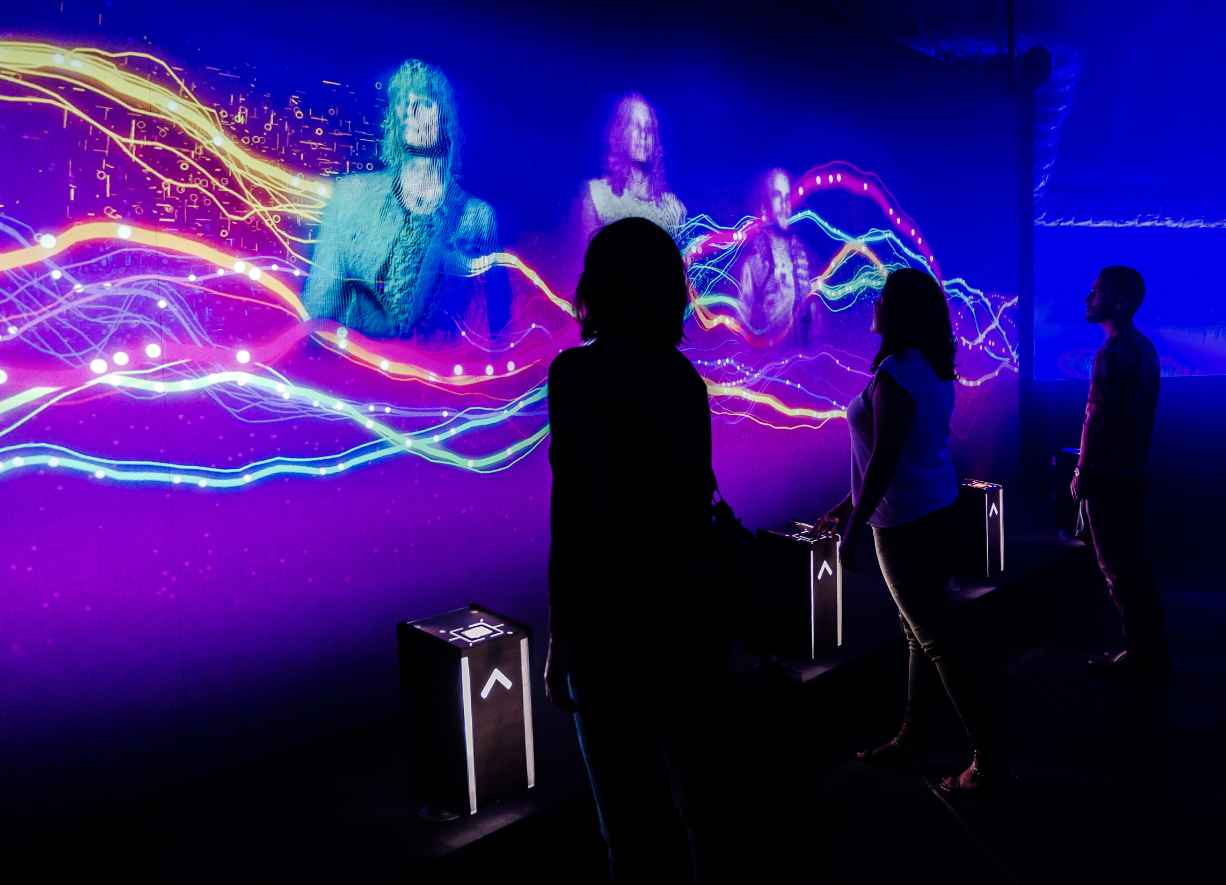 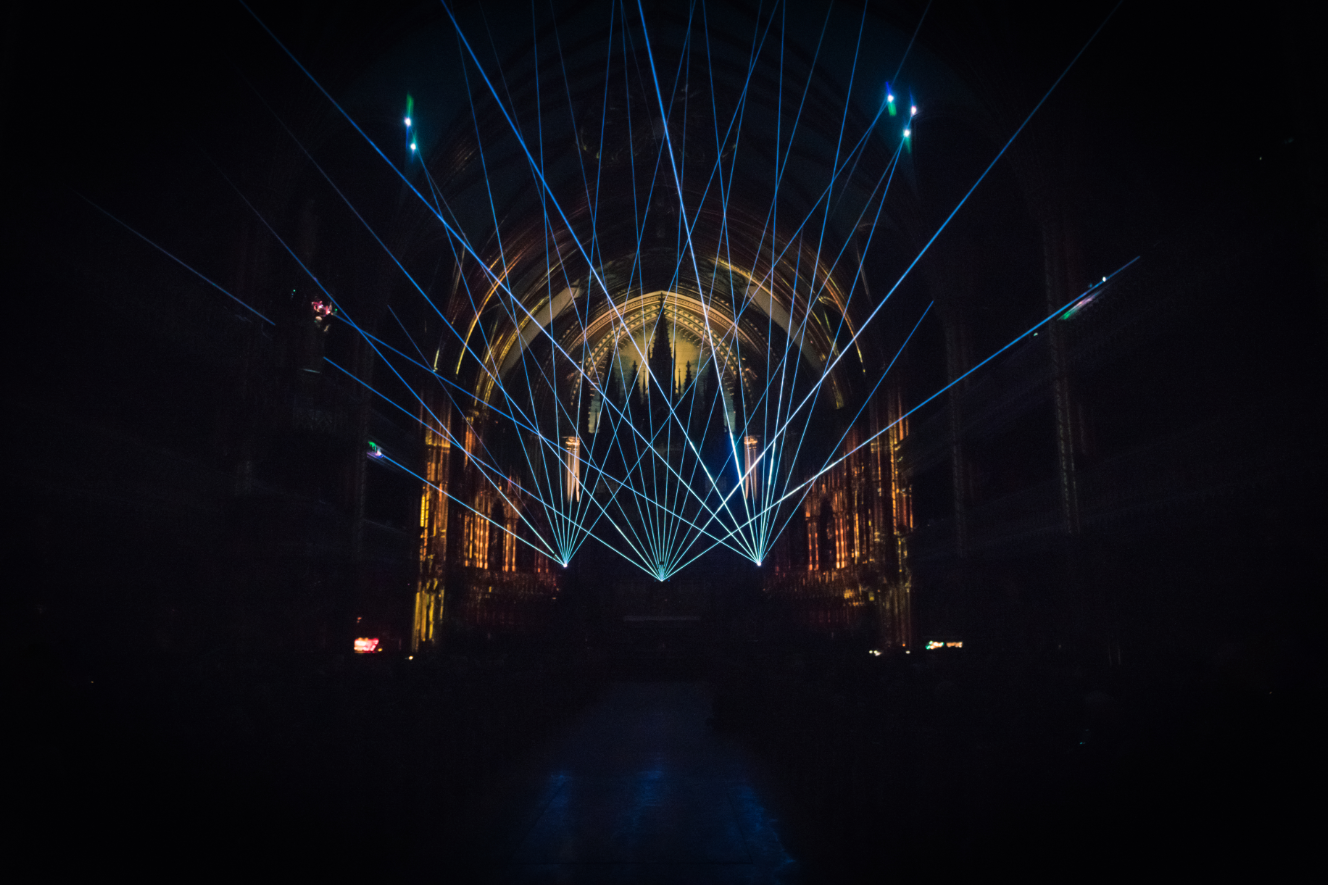 All photos courtesy of Moment Factory.